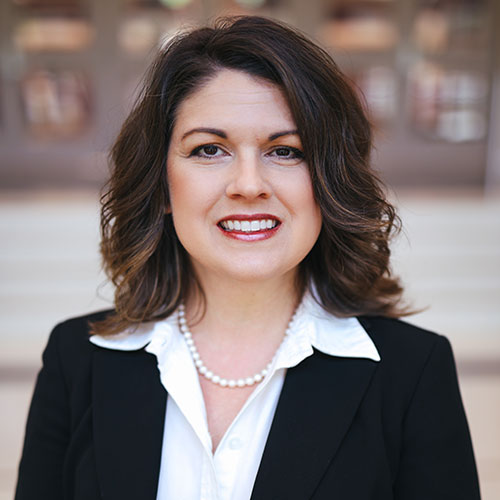 Kristy Lucas, Pharm.D., FCCP is a Professor of Pharmacy Practice at the University of Charleston School of Pharmacy.  She also holds an Adjunct Associate Professor appointment with the WVU School of Medicine. She served as Interim Department Chair for the UCSOP Pharmacy Practice Department from 2011-2012.  Her current practice serves patients in the ambulatory care setting, primarily focused on anticoagulation, hyperlipidemia and general cardiovascular risk reduction.  Dr. Lucas held dual academic appointments as an Associate Professor in the Schools of Pharmacy and Medicine of West Virginia University’s Charleston campus for over ten years.    Dr. Lucas graduated from Campbell University School of Pharmacy in North Carolina and completed a Residency in Clinical Pharmacy Practice at Charleston Area Medical Center.

Dr. Lucas is a past President of West Virginia Society of Health-System Pharmacists.  She has also served as Secretary and Board Member at Large for WVSHP.  She has been active in the American College of Clinical Pharmacy, the American Society of Health-System Pharmacists, American Pharmacists Association, American Society for Clinical Pharmacology and Therapeutics, and the American Heart Association. She has served on national committees for ACCP and ASHP.  Dr. Lucas has been appointed to serve on committees for the West Virginia Department of Health and Human Resources by the Governor of WV. She served as a member of the West Virginia University / Charleston Area Medical Center Institutional Review Board for many years.  She served as co-chair of the Task Force for Collaborative Pharmacy Practice in WV, as an advisor for the West Virginia Board of Pharmacy regarding finalizing regulations for collaborative pharmacy practice and immunization legislation, in addition to the modernization of the WV Pharmacy Practice Act in 2013.  She has been active in the West Virginia Alliance for Pharmacists Care and she maintains activity in assisting with annual statewide legislative agendas and efforts on behalf of the profession of pharmacy.  She currently serves on the WV Board of Pharmacy Continuing Education Committee. In 2015, Dr. Lucas was inducted as a Fellow of the American College of Clinical Pharmacy.  She was awarded the West Virginia Society of Health System Pharmacists Pharmacy Leadership Award in 2004 for legislative efforts on behalf of pharmacy.  She also received the Bristol-Myers Squibb Pharmacy Leadership Award in 2003.  She was honored with the 2011 WVSHP Distinguished Educator Award and the 2013 P2 Teacher of the Year at UC School of Pharmacy.  She has been inducted as a member of Rho Chi Pharmaceutical Honor Society, Phi Lambda Sigma Pharmacy Leadership Society, as well as Who’s Who in Pharmaceutical Sciences Education. She has published over 15 peer-reviewed articles and has myriad research endeavors and presentations to her credit.