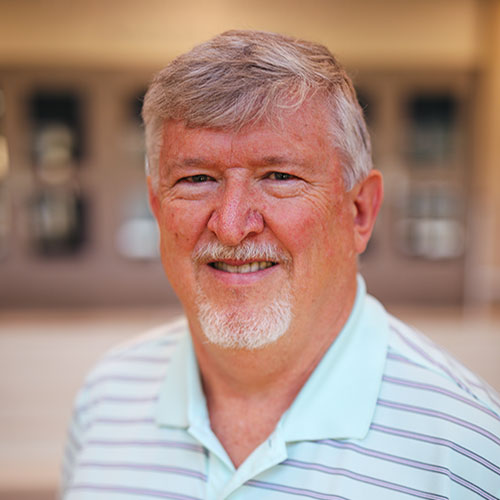 David G. Bowyer is the Chair of the Department of Pharmacy Practice and Assistant Professor of Pharmacy Practice at the University of Charleston School of Pharmacy in Charleston, WV.  He received his B.S. in Pharmacy from West Virginia University School of Pharmacy in 1984 and has worked in a variety of practice settings during his pharmacy career, including both hospital and community pharmacy.  He has also worked as a consultant pharmacist in the long term care settings.  He has served in a variety of offices in the West Virginia Society of Health System Pharmacists as well as serving on several committees with the American Society of Health System Pharmacists and the American Academy of Colleges of Pharmacy.  He received the WVSHP Leadership Award in April 2008 and the Distinguished Educator Award in 2014 from the West Virginia Society of Health System Pharmacists.

David has worked primarily in a rural setting for the majority of his career and has developed an interest in improving health care in those areas.  He is certified as both an Immunizing Pharmacist and a Medication Therapy Management Pharmacist by the American Pharmacist Association and serves as a trainer for those programs.  He was an originator of the West Virginia Pharmacist Care Alliance which is an advocacy organization formed to promote the advancement of pharmacist provided patient care in West Virginia.  He is currently a member of the Board of Directors of the West Virginia Rural Health Association focusing on rural healthcare access issues in West Virginia.  In his spare time (if he has any), he likes to golf and go boating.